Life isn't a game.
It's many, many games. It never ceases to amaze me that whenever we screw up over here, and it’s oftener than you think, people always assume alcohol was involved. After last week’s MO’ Newsletter fiasco, the first email we received, not 5 minutes later, asked the I’m hoping rhetorical question “Are you drunk?” I guess it’s kind of a compliment that long-term reader and old’s cool friend Ed assumed, like so many of you, general competence, and that there had to be a mitigating circumstance for the error. Let me set the record straight, once and for all: from now on whenever there’s a laughable disaster/rookie mistake immediately assume idiocy. Seriously, the problem we’ve found with One Up! and ONEUPMANSHIP is that everyone who plays our games (for the most part) has a great time and wants to play again. What’s the problem you ask? Getting people to actually sit down and play. I bumped into two charming ladies at Donut Crazy the other day, and I asked them if they liked playing Scrabble. They said yes. Long story short we ended up playing One Up! together, had a lot of laughs, and they purchased 5 games from me right there. And they told me straight up – if we hadn’t played they never would have given the game a second look. 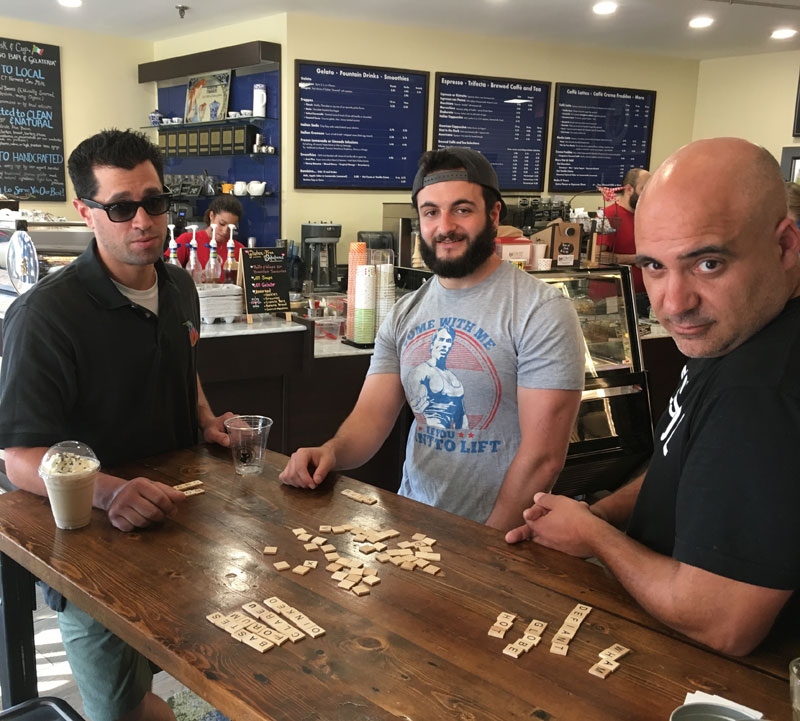 So, we’ve started doing game nights at a couple of local cafes, Tusk & Cup in Wilton and Shearwater Café in Fairfield, and the response has been incredible. At Tusk & Cup last night, I had to leave in the middle for an hour, and when I came back it was pretty humbling to see everyone, including a couple of people we pulled in off the street, literally, still there and enjoying themselves. One of our biggest fans, Laurie Kincaid, drove all the way down from Massachusetts to participate, and she had such a good time she’s going to start a game night at a local café back in her hometown. Afterwards, we retired to a local watering hole, and Laurie, Ray, Kim and I played the absolutely perfect game of One Up! – there was a ton of stealing; there were some pretty impressive words; and all of the tiles were used, for the first time ever, at least for me. We had one Indian arm wrestling challenge, which Kim won by catching her theretofore trusting and thus unsuspecting friend totally off-guard with an impressive body-check. The score ended up being almost a dead-heat: 18, 20, 21, 23. I won’t tell you who came out on top. So. Much. Fun.

When asked what success was, Salvatore Dali quipped “Receiving the check.” I’m sure  he was being almost facetious, but there is a lot of truth to that sentiment. Everyone can say they love your “art,” whatever form that may take, but until they actually fork over for it, they’re mostly just flapping their gums. That said, seeing someone enjoying something that I (or anyone else) made, whether it be food, or music, or fishing rods, and whether or not they actually paid for it, is one of the unique and intimate joys in life. I know what some of you are thinking, so I won’t bother making a hooker joke here since you’ve prolly already brought one or two to mind, but I will say that “selling out”, while considered reprehensible and denounced by the puritanical (read: unsuccessful) and trust-funded, is exactly the point. Especially when you love your product, and know other people who you love and respect do too.

The Call of the Wild. 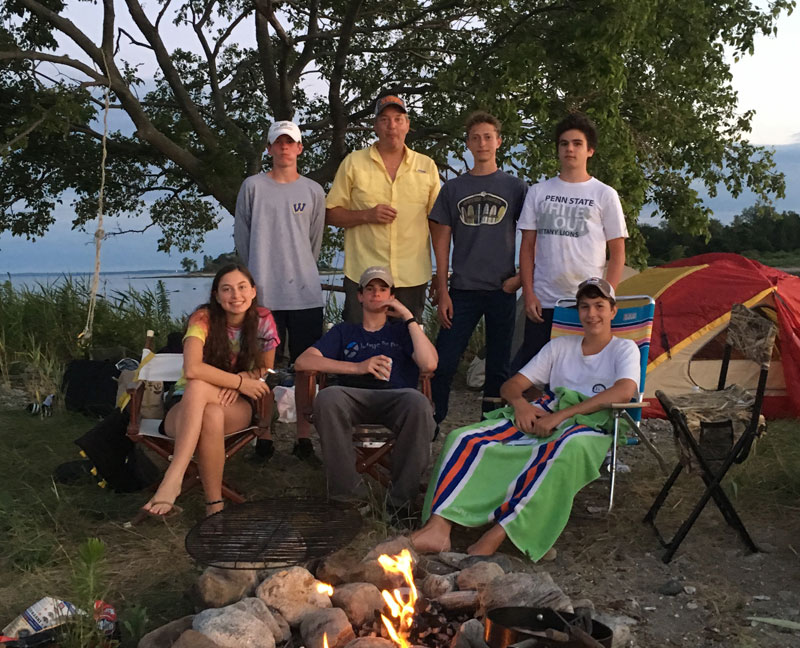 This past weekend we spent the night on Grassy Island in Norwalk. Got a camping permit, loaded up the boats and kayaks with food and firewood, tents and a sense of adventure, and had a blast. Simple, old-school weekend: fishing, campfire and clamming, right in our own backyard, so-to-speak. No electronics allowed. Dunnt get any better. 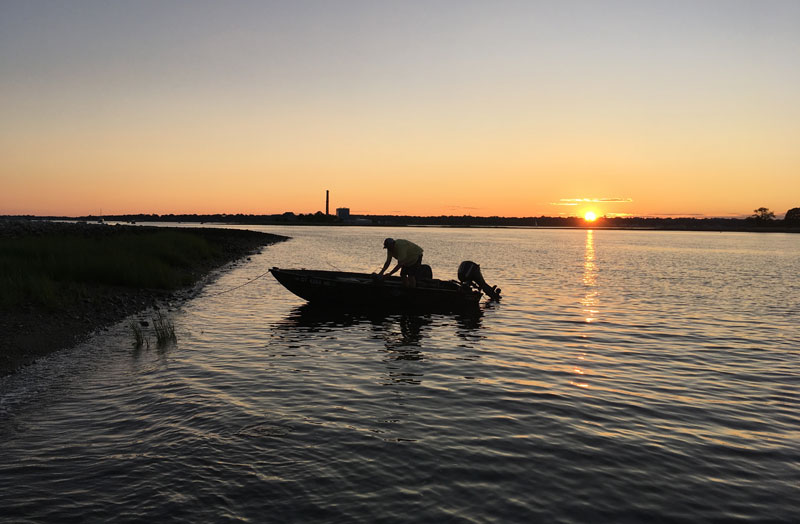 Let us probe the silent places, let us seek what luck betide us;

Let us journey to a lonely land I know.

There's a whisper on the night-wind, there's a star agleam to guide us,